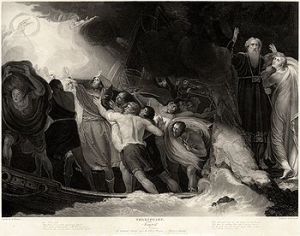 Throughout the humanity, there has always been idea of usurpation and exploitation. At first, man comes and takes all places around him. He kills animals, rips off planets and makes new home for himself. With the ego of being “people”, he punishes animals, tames them. Because he is more powerful than the animals and plants. Because he has the right of killing, using and exploiting.

In Shakespeare’s play The Tempest, we can see how man tries to be over another man. Since there is a king, there should be someone who will obey him. Prospero has to be the king because even his name refers prosperity. He is the one who can rule all people, animals and even spirits. He has got knowledge about nature, spirits and humans. As we said before, there should be also subservients.

Ariel and Calibans play these roles. When we look at Ariel, he is spirit and bound to Prospero. Whatever Prospero says he does it. But there is something strange about him. While Ariels is doing his work, he implies that Prosopero has given promises to him. Ariel has got information about Prospero, his wizardy and his power. After coming to the island, Prospero finds out that there is something fairy and he saves him saying that everything will be fine. Indeed, it doesnt happen until the last scene. Prospero uses Ariel’s power with his power and induces the tempest, hallucination, sleeping and awakening. Without Ariel, Prospero can’t do his magic exactly. As long as Prospero needs Ariel, he always uses him as a tool for ruling.

On the other side, there is Caliban whose name sounds like “cannibal”. When Prospero and Miranda come to the island, he is the one who shows the most beautiful part of it. And he is also ready to do many things for father and daughter because Prospero acts in afriendly way until he gets exact information about the island. After learning the every little part of the island, Prospero starts using Caliban as a slave. With the help of Ariel, Prospero tortures him. Caliban screams out when he sees Prospero and accuses him taking his island. At this point, Caliban is totaly right. He is the owner of the island. His mother leaves this island to Caliban which means; the island should be under the control of Caliban. Even Ariel should be under the control of Caliban but this will never do.

Despite Caliban wants to be alone on this island and rule it, when Trinculo and Stephano come and make him drunk, he again shows the most fertile parts of the island. Yes, they are planning to kill Prospera and this is also kind of usurpation but what Trinculo and Stephano do to Caliban is another usurpation. And there arethings which perplex us.

Although Caliban swears to his masters, he is also ready to be slave. He takes some kind of pleasure. He does not have to live with Prospero and his fragile daughter, he should have already killed them or something else. The other point is that Caliban gets drunk and forgets everything. He is again open to explatation, allows men to learn the island.

Caliban is a kind of servant figure who always moan but does not do anything to change it. Caliban is ready to be ruled. Despite the fact that he is a real complainer about thethings happen around him, he does not involve totally in it.

Ariel and Caliban as an airy and earthly creatures, are used by Prospero. Prospero usurp Ariel’s power of magic and his freedom, Caliban’s land and power of labour. Though we see Prospero as a wise man, we can say that he is also a kind of tyrant who uses every part of nature and civilization.

In this play, we can say that Shakespeare wants to explain that every man around the world, even creatures try to be over another. Man is eager to have land, taking one’s property, changing it and making it different place. And then we can figure out that if someone has got to power change something, he doesn’t stop until he finds out better or worse things. It can be also concluded that the precession of ruling always finds place in humanbeing’s world. Their lust for richness and their ego make them cruel. In the chain of being, there are segmentations for everyone. If you wan’t to change it like Prospero, you have to be cruel and hypocrite or you should be so ignorant that you think you can reckon people around you. 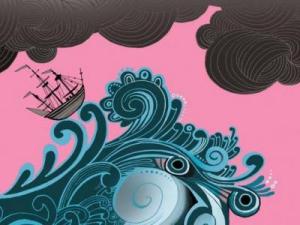 [This is my visa exam paper which is based upon William Shakespeare’s play The Tempest in relation to usurpation considering Ariel, Caliban and Prospero.]