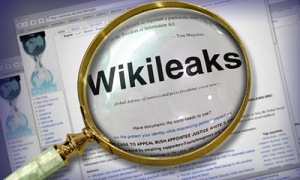 The Transparent Eyeball of the World: WikiLeaks

We have been heard many thing about WikiLeaks, but what is that WikiLeaks thing? With their explanation, “WikiLeaks is a not-for-profit media organisation. Our goal is to bring important news and information to the public. We provide an innovative, secure and anonymous way for sources to leak information to our journalists (our electronic drop box). One of our most important activities is to publish original source material alongside our news stories so readers and historians alike can see evidence of the truth. We are a young organisation that has grown very quickly, relying on a network of dedicated volunteers around the globe. “ When we look at this information we understand that they have got very big nose to interfere any kind of “high” protected places, documents etc.

Wikileaks team only published just a little bit of those documents because there was a group of bull running towards them . When they first started to release American diplomatic cables on 28 November 2010, and the amount of documents were just 251.000, we understood that bad things could be happen. Of course, bad things happened. Because of the secret cables, USA got into panic but didn’t want to show it. Later, Julian Assange, chief of the WikiLeaks was arrested for unrelevant subject because if he could stay much longer, every country is going to get it’s share.

Needless to say Turkey ,as a bridge country, was also on the list of diblomatic cables. While WikiLeaks was releasing much more cables about Iraq, Afghanistan War, we Turkey, didn’t interested in  those news but when we heard about Justice and Development Party (AKP), media started to publish papers, release fragmans etc. In those cables where Turkey was mentioned splashed everywhere and in an interesting way, we quickly forgot them. What kind of sorcery is this? Just one week and half is enough for us to forget everything. It is not only WikiLeaks but also unknown legislations, raises and many other things.

Though Turkey is ready to forget everything, there are some people who always remember. In the first cables which includes the documents of 2006, we have one calbe which engages in Ankara. And their numbers goes respectively until 2010, 5 cables,  3 cables, 7 cables, and 6 cables. The one which i want to explain and criticize is from 2008.

Subject: IMPLICATIONS OF AKP CLOSURE CASE AND OUR PUBLIC

And here is the text under the title of “Our Public Posture”:

“iNone of this changes the reality that Turkey is an extremely important ally in a dangerous region and that it is, despite many faults, more democratic and free than any other country in the Muslim world. We should not stifle, through our intervention, what should fundamentally be a debate by Turks about the future of their country that is essential if its democratic institutions are to mature. Doing so would make this a US issue in ways harmful to our interests, our influence and to democratic values here. We should stick to general principles, and let Turks sort out the details. At some point, as matters develop, our intervention to head off a political meltdown here may be necessary, but that moment isn’t now and may well never come. “

Let’s just think about what USA’s manner about all those wars which were done because of their eagerness and agressive policy upon the world. Let’s just come to face to face with the reailty of their unstable but indeed very active profile. Since USA does not want to risk itself and keep its perfect (?) combined unity, we can’t hear the voice of US. When it comes to thinking about its own public opinion they don’t shout, they don’t support one side. They always talk about how they can combine nations (?), make peace (?), make the world more livable.

The other think that i want to propound is how Turkey is portrayed in this picture. Just try to understand all words and catch that “important ally” word. This tiny pattern explaines everythinh. It explains how Recep Tayyip Erdogan tells lie about USA, how they act as an distant relative but in fact so close and this illustrates that USA is everywhere. It finds ally in every country, every places around the world. No matter how it destroys civils or babies, how all conspiracy theories can be totally true and how Justice and Development Party is hypocricy.

Main reason for USA not to attack us and interfere in our policy in public is the same reason. Iraq, Afghanistan, Vietnam or any other country which US goes to war with, US always repeats same things, “We’ll bring peace, we’ll bring democracy!” which means “We will kick your ass, kill your sons, f*ck your wifes and exploit your petrol!” with an evil laugh. And we shouldn’t forget this, when it comes to intervention about political route, US keeps this right in its hands.

How about Turkey? How about Justice and Development Party? And its wrothful president? When somebody from media says that you are in a relationship with USA, he almost kills him. Maybe just get shooted, pinned him down and maybe sent to jail. System is simple. Like USA, if there is something which is an open risk or accusation, Justice and Development Party has a right to make it “democratic”.

For those reasons, in Turkey WikiLeaks cables didn’t take too much intention because mass media had already been bought by them. If we add the lazy Turkish people who afraid of reading and writing, it is easy to forget all those important thing. 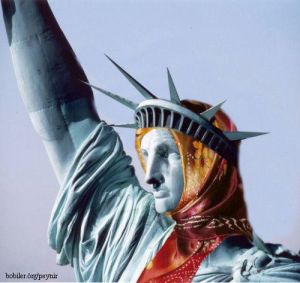