Herman Melville, the author of Moby Dick, one of the masterpieces of world literature, influenced Franz Kafka years later with his characters and subjects, and his style of Kafka which we called Kafkaesk.

Moby Dick is the story of the success / failure of a huge team pursuing a big whale. Every visible movement of Ahab, who has been devoted to killing only the white whale, opens to a different perspective throughout the book. At the same time, every event that happened to the team gives information about the end of the book. But at this point there is a point more important than the end or the beginning of the book. Herman Melville’s Moby Dick (who later became the name of music band for his grandson Richard Melville Hall) not only builds a customized language system but also makes a major contribution to the world of literature with symbols and metaphors.

The whiteness which becomes a passion in Moby Dick corresponds to Bartelby’s darkness and his walls. Melville seems to have created contrast by using two extremes of color, but if you look at the two colors for a long time, you may lose your vision. The whiteness of the whale makes the whole ship feel uncomfortable white contains all the colours in the world yet still so simple. This is one of the great reasons why Ahab pursues the white whale because the whale keeps all the goodness and evil he seeks together, fear and love. 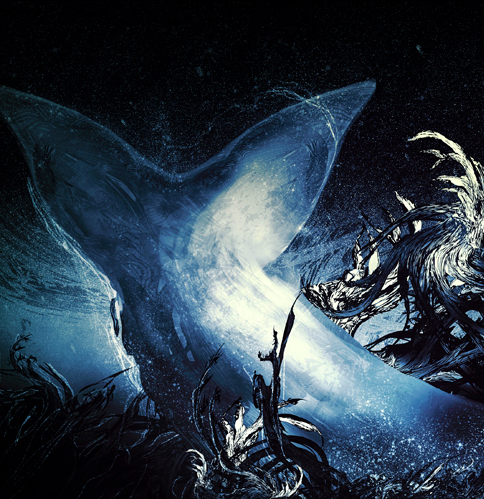 At the same time, white color makes it difficult to make sense. Ishmael and Ahab interpret this whiteness in different forms, and they look for their own nature in the whale and move in fear. Sigmund Freud explains this fear and affection in his article “The Uncanny”: First you are afraid of an object. Then examine this object. After a long period of time, you start to love this object with passion. This bilateral situation he calls “uncanny” is a valid point for Ahab and Ishmael.

And the other “uncanny” explanation comply with Moby Dick. Once you do not feel any fear against a object. You accept it as other objects and move in this direction, but after a while objects that you start to see in the same way start to give you fear. You feel uneasy. Just like staring the wall for hours and seeing faces on it. The whale hunting for Ahab was a normal occupation at the beginning, it was his profession indeed, but after a while there was a terrible point that would turn into a great passion rather than just fear: Moby Dick. Moby Dick with his massive size scares the hell out of the crew and Ahab, makes them feel uncanny. And the whale itself falls into the dark side of Melville’s.

Two years later, Melville comes to blind our eyes with a character: Bartelby. The short story, published in 1853, narrates Bartelby and his office in Wall Street. Bartelby is one of the most rebel character amongst all the characters in the story, because his disobedience is not just about his boss but everything around him. His motto: I would prefer not to. Seems fair enough creating such a character like Bartelby after Henry David Thoreau’s Civil Disobedience was published in 1849. Melville’s Bartelby, who takes the social and political points of his time and combines them with his own books, is perhaps the most stubborn character of the literary history.

Working in a gloomy environment, Bartelby looks at a wall that has never before been painted, all black. The “walls” are not only in front of Bartelby, but at the same time in the office. Each clerk and the employer work behind the screens in separate rooms. The lack of communication and mood sickness of Bartelby’s previous work (working in the Dead Letters Office) makes Bartelby the opposite character rather than we expect. We speak of Bartelby, who chose his own method of death by not choosing anything. The rebellious man who never left his office when he was fired by his boss, and only stood at the entrance of the office and continued to live there, causing the book to be foggy and gray. That is why the rottenness that starts in the spirit of Ahab, which we can refer to as Melville’s darkness, and the decays that start in Bartelby’s life, radiate a deeply depressing smell. By this means, the two most fuzzy characters enters in American Literature.

Both characters are not only protagonists, but at the end of the narrative they choose death in the direction of their own ideals. As he pursues the whiteness of Moby Dick, Ahab takes no notice of the nature events that remind him of death every time with a different insight. Against the whiteness of the whale, he is not only blind but also deaf. He does not listen to anyone and still dictates his own rules. Ahab’s blindness and Bartelby’s stability are close to each other in this sense also. Though he anticipates that his actions could cause a trouble, Bartelby does not pretend to feel that way. Always calmer, always more “would not prefer to”. The pirate appearance of Ahab and the incompetence in Bartelby’s eyes … This is the point we call the darkness of Herman Melville, which combines two different characters into one spot.

Why did Melville choose this gloom? Why did he create a dark character like Ahab with a disobedient character like Bartelby? One of the greatest aims of Melville’s creation of these two characters is to shed light on consumerism. Bartelby, who lives in the Dead Letters Office with no communication and loses his soul because of his work there, prefers to disappear among Wall Street’s fast-paced consumption. Each dead letter steals something from Bartelby’s life. As Dead Letter Office, Wall Street is also dead inside, gloomy and annoying. There’s only business on Wall Street. 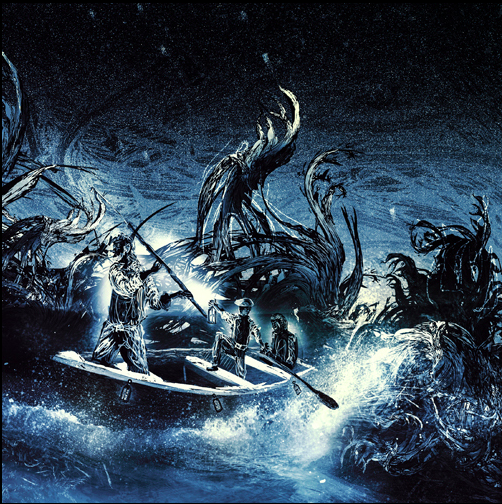 Thousands of people in the morning, but even the street animals do not prefer to come in the evening. In this great capital, Bartelby only works. He is more capital than capital, but he does not accept doing anything but his own business, including the little things that his boss gives him. Life is very simple for Bartelby: Come to work, come to work and do not go. The reason behind Bartelby’s not going home, sleeping right there at the office in dim rooms and unhappiness of him is the capital that surrounds him.

Ahab, who lives only in his own cabin and looks out of it for certain hours of the day and similar to George Orwell’s “Winston Smith” character, goes after the whale persistenyly. At the same time he is far beyond the line to compare himself with the whale. He attracts attention with his tendency to keep himself superior to any living creatures. Ahab is not in a position to accept another party to help them, nor can he share Moby Dick. Every part of the whale must be his, he must catch him everywhere. This honor should only be Ahab’s. Even the hunger of the other team members and all fish in all seas and oceans must be theirs.
At the same time, Melville shows an important stance with his approach to consumerism, but at the same time it refers to the lack of communication of society, the claustrophobic nature of our civilization. He makes reference to politics, social life and economics with his chaotic and gray narrative, but he is most prominent in psychology storytelling.

The melancholy Melville faded with Moby Dick and Bartelby becomes even more obscure with the touch of a self-inspired author. Franz Kafka has dozens of writers who can be an example when he steps in the world of literature, but he wants Herman to enter Melville’s gray area. Kafka, who took the narrative tale of the Russian Literature, creates a Kafkaesque style by blending the claustrophobic portrayals of Herman Melville, a must for American literature, with his own stories. In this style, you do not feel like you’re stuck in a room at the same time, you can even observe that you turn into an insect.

Everything is darker in the darkness of Franz Kafka. Perhaps this is where Freud’s “uncanny” comes into play. Reading Kafka is always enjoyable, but uncomfortable at first. There is a mood that you can not be sure of but you keep reading. Who wants to read the story of a man who turns into a beetle when he wakes up one morning? This essence is hidden in Kafka. In fact, everybody wants to see the their darkness when they read, watch or listen. The evil tendency, darkness and uncanny which exists in man and is tried to be suppressed from childhood, comes to light with Kafka. At one point, those very feared insects become a hero. The room is narrow and dark. Every place is alike and there is no exit from that room. The grayness we feel with Bartelby turns into black with Gregor Samsa because there is fear and disgust. The bug that comes to mind is Samsa. Perhaps Kafka has added a happy(?) smell to this picture.

Julia Kristeva’s point of intertextual emphasis is on the triangle Bartelby, Ahab and Samsa. Intertextuality, one of the most used techniques of the literary world, combines Ahab’s charisma, Samsa’s darkness and Bartelby’s rebellion. Without their presence neither Ahab is Ahab nor Samsa is Samsa. Kafka, taking Melville’s darkness and bringing it to his own darkness, invites us all to claustrophobia with his novels.