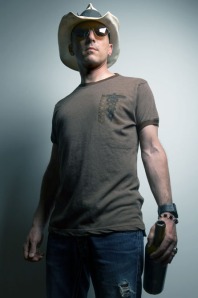 if you want me, satisfy me demiş marketa.

teargas in my eyes. 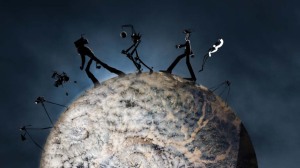 Excuses, reasons and reality… For us, they are different concepts but for United States, there is a huge chaos. On October 7, 2001, when US army stroke against Afghanistan, George W. Bush announced that  “Good afternoon. On my orders, the United States military has begun strikes against al Qaeda terrorist training camps and military installations of the Taliban regime in Afghanistan. These carefully targeted actions are designed to disrupt the use of Afghanistan as a terrorist base of operations, and to attack the military capability of the Taliban regime.” But was that true? Did they really invade Afghaistan because of 9/11 and did they have got right to invade?

In 9/11, Twin Towers of World Trade Center  were hit and collapsed by a suicide plane. And all eyes turned to Bush. Now that he got a chance to invade Afghanistan, of course he did everything what he could do.  First, more than 75 retired officers have been coached by government and military officials to ‘spin’ the news about attack—or simply lie—on countless network and cable channel news programs and talk shows. Fox News has led the way in presenting these individuals to the public, but NBC, CNN, CBS and ABC have followed suit.

In order to legalize their action, the US made so called surveys and media organs published those wrong results, made everyone think that there was nothing wrong and bad about invading Afghanistan because the Taliban regime had killed their brothers, sisters and parents. Indeed, in USA many people didn’t believe those lies and turned their face to ignorance.

If you have an excuse for invading somewhere it makes you right as we can see in Iraq, 3 years later. But if you think that you can deceive everyone and every country, you are wrong. But! If you are United States, you don’t have to prove yourself. You can just make up an story, excuse even history, manipulate media organs and congressman, take your army and go. And you can do it for freedom(?). For Afghanistan, US goverment were so certain that they put the blame on Taliban for 9/11. For Iraq, US goverment were so certain that they took freedom with them and gave to Iraqis and they were also so certain that Iraq had got weapons, they went to defuse those weapons. And they stayed there. Still staying. And they will stay until 2014 in Afghanistan.

When we check magazines and web sites we stil find news about the Us army and their action in Afghanistan or Iraq. Just last week, we learned that the Us army won’t go back until 2014. But 4 days ago, there was a news which is titled as “U.S. troops posed with body parts of Afghan bombers” and most of said that “What the heck is that?!” That was a bleeding excuse and result.

Until today, we saw many pictures of those tortures and cruelty. Soldiers in Afghanistan didn’t only kill but also ruin, burn and mock at Afghan people. This is not a generalisation but reality. Just a little part of this news explains everything about the US attitude, the army, hypocrisy of goverment and even media.

Though these pictures were taken 2 years ago, they are published now. In these pictures we can not only see dead bodies but also the US goverments attitude towards them. For these pictures Pentagon says that “Most certainly does not represent the character and the professionalism of the great majority of our troops in Afghanistan…. Nevertheless, this imagery — more than two years old — now has the potential to indict them all in the minds of local Afghans, inciting violence and perhaps causing needless casualties.”. They still insist on the rightness of war and invading saying that “Come on, they are just bad apples.” They ignore what they did to a country, unarmed civil men and else.

The army also made explanation about situation saying that they started to investigation. Yeah sure, everyone know that those soldiers will only be warned and released on bond. They will stay there until 2014 and no one can do anything for this.

How about media organs? We know that those pictures were taken 2 years ago and they were even sent those times. Why didn’t any of them, NBC, ABC, CNN etc. insist upon this event, this war. Why they are programmed to forget everything and try to erase our memories?

You can see many questions but one answer; the United States and its aim of hegemony. Though its all excuses are based upon supposedly survival, (as in Afghanistan event: 9/11 and fear of Taliban’s future attacks, in Iraq: heavy weapons and Iraq’s possible attacks)  we can easily figure out that they are all for hegemony. And with those attitudes and incident we see that master of the World (I don’t think so) becomes monster of the World (needless to say).

[This is my visa exam paper which is based upon Noam Chomsky’s book Hegemony or Survival in relation to current news.]